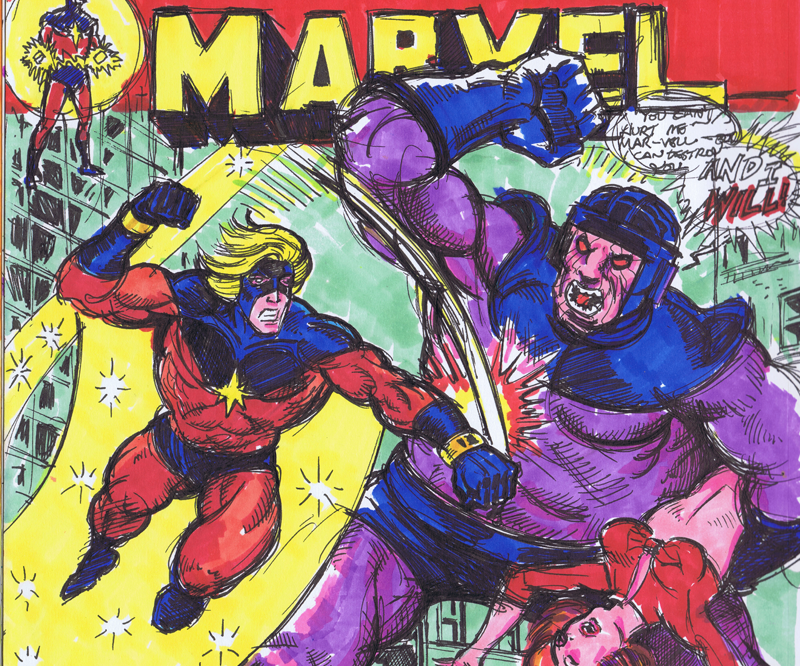 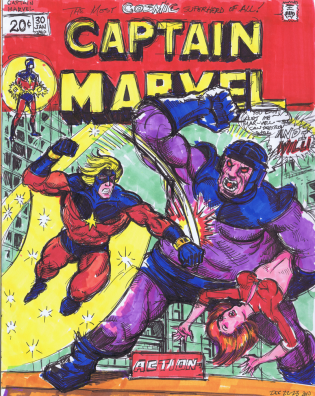 I remember–well, barely-a movie theater in Philadelphia at the end of the seventies, -watching “Altered States” and thinking I’d seen God.  Seriously.
Now, I might’ve had a little help with that perception—but nevertheless, I believed I’d had some kind of revelation.
Looking back, I suppose the amazing thing is that– in the 60’s and 70’s– we thought you could see a movie–like “Altered States”–or “2001”–and if one was in the proper …frame of mind… it might–just might— change your life.  If you were open to it.
The products of popular culture– movies, music, comics–were more than mere commodities, more than mere entertainments. They were vehicles to an end–and the end was…? the progressive evolution of humankind…? utopia? transcendence? oneness with the cosmic mysteries? Who knew? We were certain someone did–specially endowed guides to the mysteries of existence– shamans, musicians, artists, comic book artists.
Jim Starlin was like–one of those dudes clued in to the cosmic mysteries–like the Beatles or Dylan or Floyd–he was one of those guys with “The Answer”.  By the time he was working on “”Captain Marvel”, (and particularly CM #29)-Starlin was the full fledged  Cosmic Comics Guru–and I was absolutely certain that by the end of the Thanos story-arc in CM–that we’d all have achieved “cosmic awareness” along with Cap.
Did we ever get there?
Look around. What do you think?

But every time I pick up one of Jim Starlin’s books from the seventies –whether it’s Captain Marvel or Warlock-or even Shang-Chi—I’m willing to believe it’s possible. And these days, that’s no small thing, is it?

* my cover was done with the Uniroyal ball point pen, drawn quickly–30-40 minutes or so–and with no intention of adding color until much later.
there’ll be plenty of Starlin to see–in various degrees of finish–
before the month is over!
Enjoy! And think Cosmic!